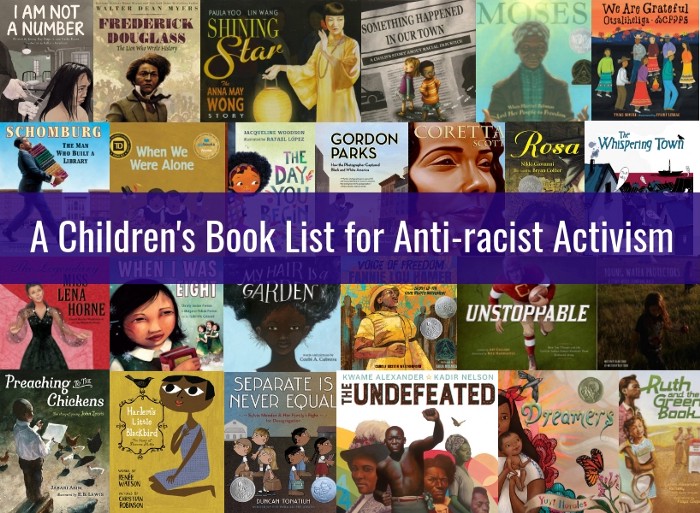 As early as 3–6 months of age, babies begin to notice and express preference by race (Bar-Haim, 2006). Between the ages of 3 and 5, children begin to apply stereotypes, categorize people by race, and express racial bias (Winkler, 2009). White North American children begin to report negative explicit attitudes toward people of color as early as age 3 (Baron, 2006). By age 3, children also use racist language intentionally — and use it to create social hierarchies, evoke emotional reactions in people of color, and produce harmful results (Van Ausdale, 2001). By 6 years of age, children demonstrate a pro-white/anti-Black bias (Baron, 2006). Adolescents, when looking at Black people’s faces, show higher levels of activity in the area of the brain known for its fight-flight reactions (Telzer, 2013).

To counter racist socialization and racial bias, experts recommend acknowledging and naming race and racism with children as early and as often as possible. Children’s books are one of the most effective and practical tools for initiating these critical conversations, and can also be used to model what it means to resist and dismantle oppression.

Beyond addressing issues of race and racism, this children’s reading list focuses on taking action. It highlights resistance, resilience and activism; and seeks to empower youth to participate in the ongoing movement for racial justice. Children not only need to know what individual, institutional, and internalized racism looks like, they need to know what they can do about it.

These books showcase the many ways people of all ages and races have worked to disrupt racism, and highlight how race intersects with other issues, such as capitalism, class, and colonization. The majority of books center BIPOC, whose lives and bodies have been on the front lines of racial justice work, yet whose stories often go untold. The essential work of white activists is also included — to underscore that anti-racist work is not the responsibility of BIPOC; and exemplify the ways white people have stood up against racial injustice. This list was curated by critical literacy organizations, The Conscious Kid and American Indians in Children’s Literature . . .

The holidays are fast approaching and what a more festive thing than last-minute gift shopping. It’s okay, it happens to the best of us. Books...
Read more
Community and Culture

Applying to college can be a challenging obstacle. One of the main barriers to higher education is wealth. Those wealthier than others can give...
Read more
Education

Dear reader, For some, Thanksgiving is mashed potatoes, pumpkin pie and turkey. For others, it’s just another monolith reminder of the Native American Genocide.  Elementary schools...
Read more
- Advertisment -