Home Linked Where Are All The Black Dolls in Toy Stores? Here's a list...
LinkedNewsNews+Pop Culture

Where Are All The Black Dolls in Toy Stores? Here’s a list of Black Doll Suppliers and Pictures Of Beautiful Black Dolls 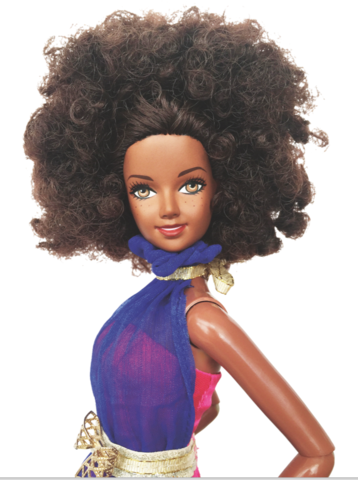 I believe children’s knowledge of the world and their place within in it is a byproduct of their environment. However, this poses many pertinent questions:

It has been said that greater diversity in the toys children play with will impact how they see themselves and others in the future. However, a toy store is a business and not a goodwill venture. If Black dolls supposedly do not sell in great enough numbers, toy stores logically are not going to stock them. Or if they do, they will be ridiculously expensive. For instance, the Mattel Beyonce doll is nearly $150 dollars on Amazon.“If I want to have black figures, Lego figures provide that, as do Playmobil, and I can buy a black Barbie and a black male doll called Steve – who’s the equivalent of Ken,” she said.

“I can buy them, but I have to hunt them out if I want to buy them as a parent. I’ve never seen this black Steve anywhere but I’ve seen Kens in the shops – it should almost be side by side.

“If there’s a black child, and they see no black toys, it almost creates a colonial environment and that effectively says, ‘there’s no place for me’.

“It positions the black child as an outsider and not integral to society. It marginalises them. Psychologically, that probably will have some impact.” . . .

Ezra Edmond recalls a moment in a bookstore where he saw a mother of two biracial children searching for Jewish books. He remembers wishing...
Read more
- Advertisment -