New Holiday Film, Carol of the Bells Heralds the Importance of Inclusion & the Power of Unconditional Love 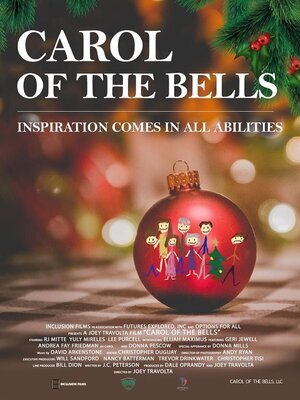 New Holiday Film, Carol of the Bells Heralds the Importance of Inclusion & the Power of Unconditional Love

The film Carol of the Bells tells the story of a young man with a troubled past seeking out his biological mother. His world is turned upside down upon discovering that she is developmentally disabled. Unable to work through this new discovery on his own, the man’s wife takes matters into her own hands forcing her husband to face the truth and heal the past.

We sat down with John Peterson, the writer of “Carol of the Bells” film and Executive Director of ARC Bell Choir to gain insight on his inspiration for this groundbreaking film.

What inspired you to create write and produce this film?

“Carol of the Bells” was inspired by a script I wrote in college.  The original title was “A Mother’s Love” and it was influenced by a cousin of mine, Sharon, who was developmentally disabled as a result of a car accident.  Growing up with Sharon, I saw how people spoke to her in a way that indicated that perhaps she didn’t understand. It was my belief that Sharon had more insight and knowledge than people gave her credit.

My ultimate goal was to create a fictional character with a developmental disability that was depicted in a way that had not really been done before in a film.  This character was eventually rewritten to be someone with Down syndrome.  The title character Carol, played by Andrea Friedman, an actress with Down syndrome, is just like anyone else with basic human desires and needs. She simply wants to be reunited with her son who was taken away from her at birth.

The rewrite to convert the story into a holiday-themed movie was inspired by my work with Activities, Recreation & Care (ARC).  ARC has a beautiful English Hand Bell Choir and Chime Choir that performs in the community and the holidays are our busiest time of the year.

My first time attending a performance of the ARC Bell Choir was when they performed for O.N.E. Generation.  The audience consisted of an elderly crowd along with pre-school age children.  ARC’s Choir Director, Jane Sarture, did a remarkable job conducting the choir while effectively engaging the audience in a very touching way.  The performance moved the audience, including myself, and that was when I knew it was time for a rewrite and the “Carol of the Bells” script was developed.

The film was produced by Joey Travolta, who also directed the film, and Dale Oprandy with the support of their team at Inclusion Films.  Their partners included Options for All and Futures Explored, Inc., which are two organizations that serve the developmentally disabled community.  Through these collaborations, this is the first film that has been made that consisted of a crew that seventy percent (70%) of the individuals had an intellectual or developmental disability.

I look forward to the opportunity to write and develop other screenplays that have a charitable tie-in.  I believe there are numerous opportunities to educate through entertainment and partnering with organizations that are making a difference in our community is a great place to start.

Can you share what the program means to those in the choir? 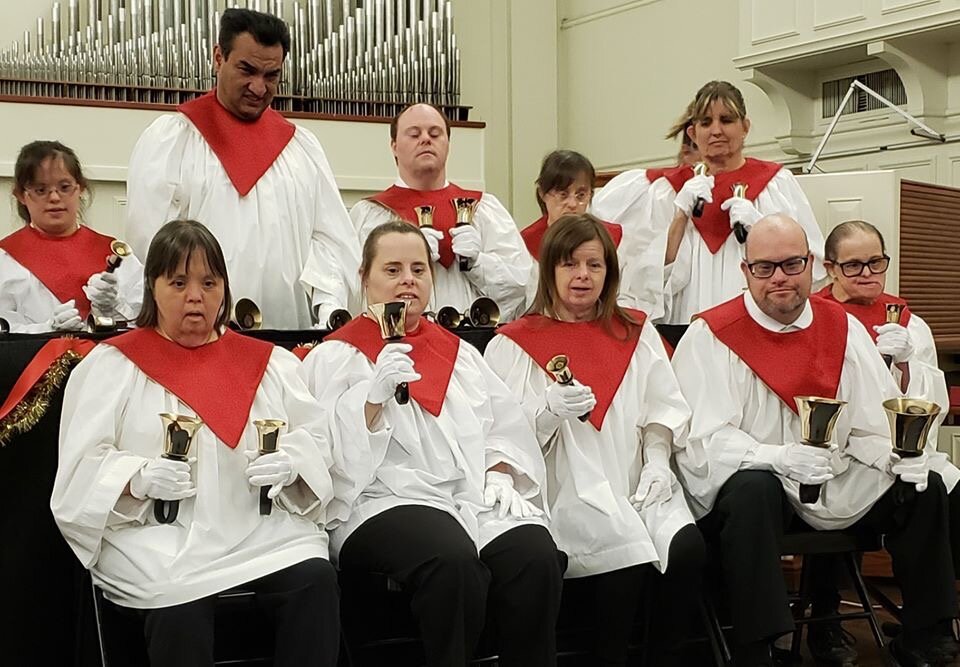 The ARC Hand Bell and Chime Choirs give back to the community through their inspirational performances and in the process, we are able to educate the community on the abilities of those with developmental disabilities.  By performing, the ARC choir members explore and develop artistic expression, gain confidence, and self-esteem, and participate as contributing members of the community. The ARC choirs have received various recognition for their talents in the media, but this will be the first time that their performance will be showcased in a feature film.  The choir members have great pride in their work and taking part in a film production created lasting memories that they can share with one another each time they watch the movie.

Any stories/accounts that stand out in your mind?

The film was shot in Bakersfield and we had to be on set for two days.  Shooting a film can be very long days but when you add the commute from Los Angeles, it’s even longer.  The professionalism of the choir members and their patience waiting on set for their scenes was inspiring.  They are talented performers and their contribution is well represented in the movie.  What helped make this a tremendous success was the incredible support we received from the ARC families, volunteers and staff who joined us on set, which embodies the overall spirit of ARC.

ARC was formed in 1969 when concerned parents, families, friends, volunteers and other community members came together.  Their goal was to create a nurturing environment that would allow their children to be active members of the community, to grow up with family and friends, and to lead meaningful lives.  ARC continues today with the tremendous involvement and support of many who make ARC a very special place.

To assist with ARC’s involvement in the film, I personally drove a couple of our choir members to the set.  One of the choir members, who initially did not want to participate in the film, continues to thank me today for driving him.  We made it a fun road trip and the pride he now has by being in a film is very meaningful to him.  This is one example of the gratitude I receive on a daily basis at ARC. 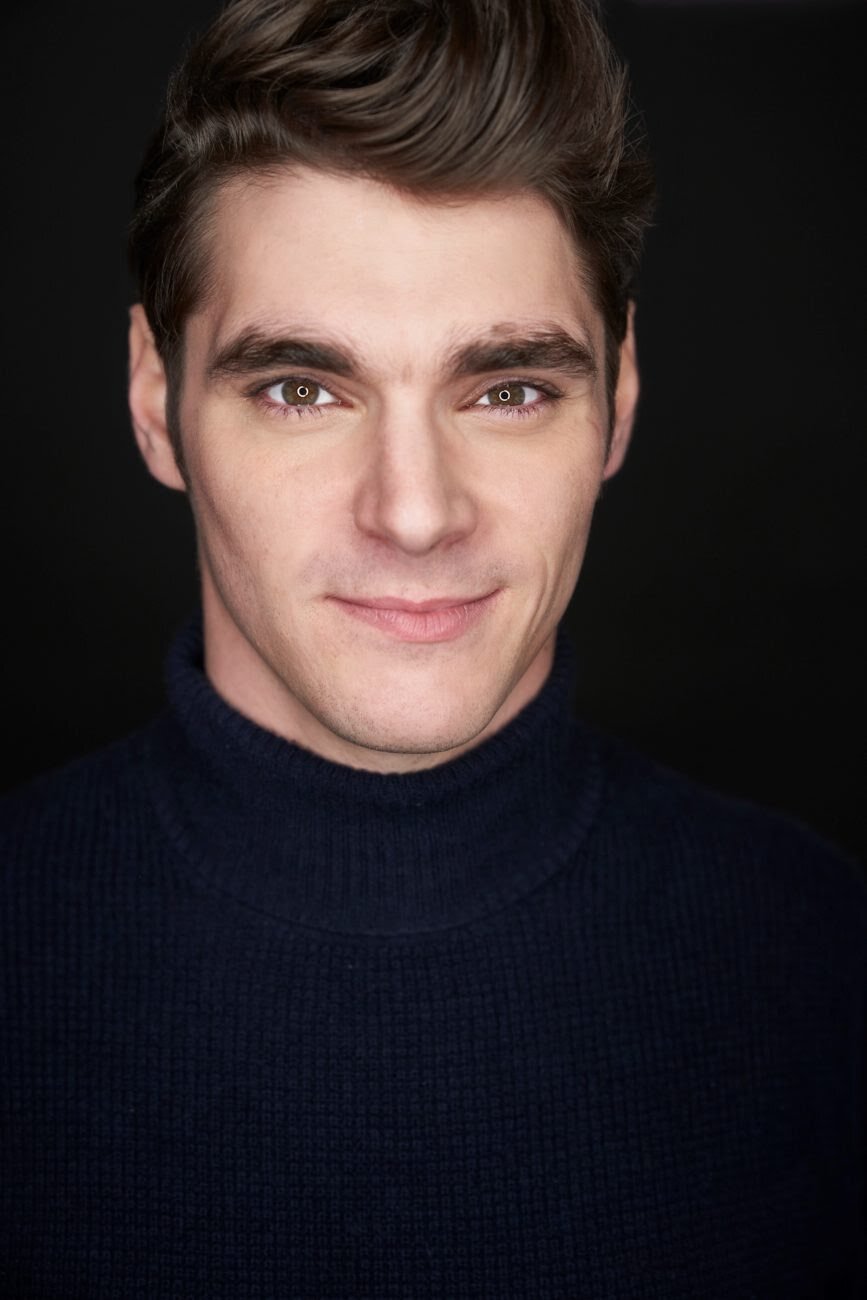 “Such a beautiful story, and I finally got to work with my friend and colleague RJ Mitte. My only scene is with him.” Geri Jewell actress and stand-up comedian noted for roles on the 1980s sitcom The Facts of Life and the mid 2000s western Deadwood.

“Carol of the Bells” premiers in Los Angeles on Wednesday, December 11, 2019.

Special thanks to Morgan D Hartt for sharing this beautiful work of heart. 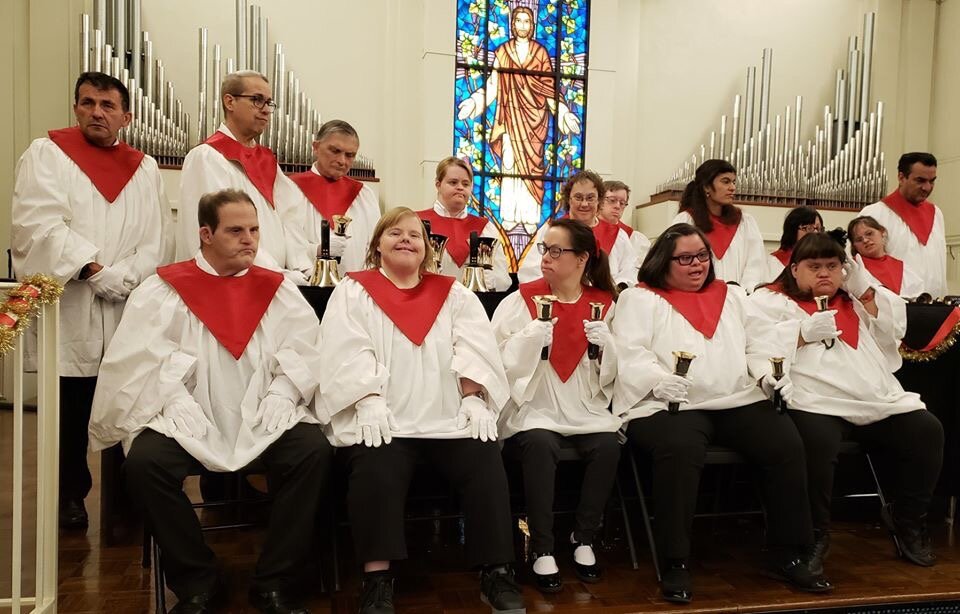 Ready or Not: Multiracial Voices on the Rise

The good news: for the first time in American history, there are ongoing public conversations about Multiracial people. They revolve around our existence, our...
Read more
Media

How to talk to your kids about the U.S. Capitol riots

Television, phone, computer— if you looked at a screen today, you most likely saw photos or videos of the U.S. Capitol riots. Your kids...
Read more
- Advertisment -