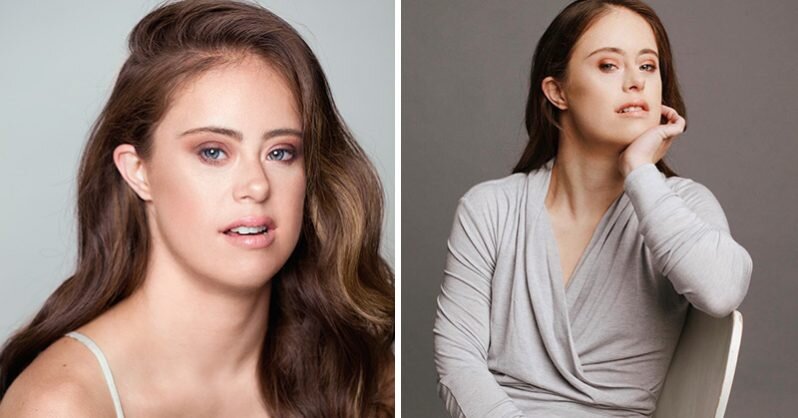 Everybody is beautiful in their own way – that’s what we have always heard as a kid. But the ground reality is quite different. Whenever we open the television and tune in to any modeling channel, we see the epitomes of perfection as if there is no room for any different-looking person. But even within this perfection, Chelsea Werner, a gymnast from Danville, California, broke the ceiling and entered the modeling world to show her own unique perfection. She has Down Syndrome, a common chromosomal defect that results in the delay of the intellectual and physiological development of a person.

As a gymnast, Chelsea Werner had already earned her name. She had participated in the Special Olympics United States National Championship and had won it four times and she had won the World Championship twice. Winning, or rather, gymnastics has always been a part of her. She was just a 4-year-old kid when gymnastics came to her life as a way of strengthening her muscles. Soon, she became the champion gymnast that she currently is. According to her, gymnastics has taught her new skills, but on top of that, it has infused her with confidence . . .

Martin Luther King Jr. Day is upon us. Today marks the day we celebrate his life and his teachings. A leader who fought for racial...
Read more
Education

Mason Doherty gives a high-five to a teammate while warming up before a game in St. Peter. Jackson Forderer As people filed into the...
Read more
- Advertisment -