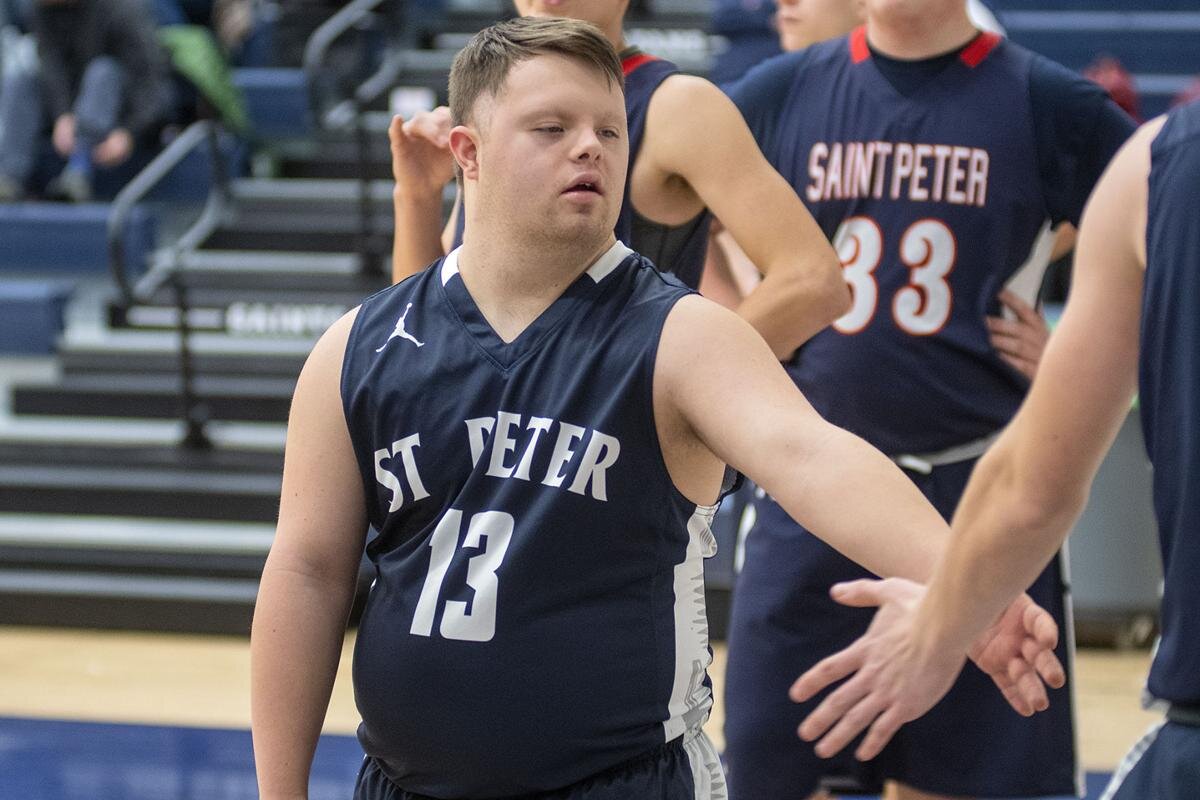 Mason Doherty gives a high-five to a teammate while warming up before a game in St. Peter. Jackson Forderer

As people filed into the arena for St. Peter and Hawley’s Dec. 29 holiday tournament matchup in Fargo, North Dakota, they thought they were coming to see a basketball game.

But as the clock wound down in St. Peter’s 93-55 win, something much bigger than basketball took place when Saints’ senior guard Mason Doherty checked in.

Mason, who has Down syndrome, connected on one 3-pointer and then another in the closing minutes of the game.

“Just the respect and the cheering that everyone in the gym did … it was one of the coolest moments that I’ve ever experienced,” Saints coach Sean Keating said. “People that don’t know Mason and don’t know our team, and they were cheering him and our team on like it was an unbelievable sports moment, which it was, and that’s what makes it so special.”

However, if you think this was the first time he’s done this — or that there was luck involved — you couldn’t be more wrong . . .

Children of color projected to be majority of U.S. youth this year

Demographers project that whites will become a minority in the U.S. in around 2045, dropping below 50% of the population. That’s a quarter-century from now...
Read more
- Advertisment -